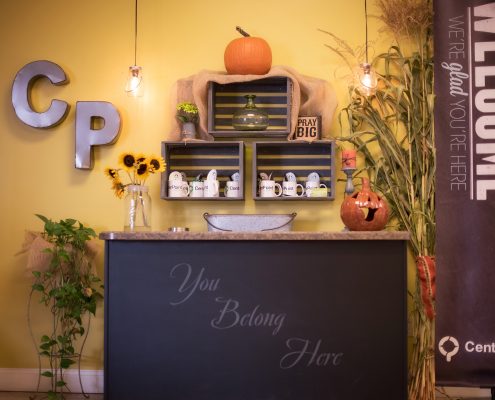 CenterPoint is a church with deep roots in the heartland of New Hampshire and a story that reaches back to the early 19th century. At that time, a young and struggling America consisted of only 20 states. Life in New England was hard and winters were brutal, but the soil along the Merrimack River was fertile – once you removed all the rocks. Farming communities swelled into villages and immigrants were finding homes in the state’s burgeoning cities and mill towns at the dawn of the industrial age.

Concord was the official seat of government for a growing state in 1818, when a faithful group of people began to meet for fellowship and Christian worship. Like today, people longed for truth and meaning in their lives. Perhaps this group was seeking something authentic and fresh in their relationships to God and one another. We know that a few years later, in 1823, that band of believers established themselves as a Baptist society, organized a congregation and, not long after, were building their own meeting house in the same spot it now stands on State Street in the Capitol City.

In the nineteen decades since that structure was built, a lot has happened – so much that you could write a book about it. In 1968, on the 150th anniversary of the church then known as First Baptist, church historian Wendall Holt did just that, putting the history down in an official manner for the first time. That book is full of fascinating details of the people and ministries that have found a home in that old meeting house. One story recalls the day when the original building committee was looking over the building site and trying to decide where to put the church in relation to the road. Holt writes: “An old sea captain whom they knew came along and inquired how the work was progressing. They then told him what they were discussing and asked how he thought the church should be placed. He replied, ‘Why, brethren, place her with broadside to the wharf-that’s the way we always took on passengers.’”

And so they did. The unusual orientation of the building also ensured that as people strolled by the church, instead of walking past the front doors, they would be walking beneath the church’s windows where the sounds of singing and preaching could welcome them inside.

In recent years, the congregation known for nearly two centuries as First Baptist Church took a big step, changing their name to CenterPoint Church. The intent was not to move away from those rich years of the past, but to embrace the historic role as a meeting house in the heart of the state, at the crossroads of a growing and changing region and at the dawn of an exciting future. Times change but seekers still desire something authentic and fresh in their relationships to God and to one another. From its earliest days as a congregation of believers in a Baptist society, this church has been a place where people gather to find truth and meaning in their lives.

Much has changed over the years. What has remained constant here is the belief that we must love God, others, our church, and the world; and the knowledge that this can only happen when we make Jesus Christ the “centerpoint” of our lives.